Another month gone, we're slowing down a little bit with the end of the year drawing close. But there are still some things to share.

More files have been completed, this month we reached the 300 file started milestone. Check the progress page for more details if you are interested.

Also by the time you are reading this we may have reached our 2000th GitHub issue / pull request (1999 at the time of writing)!

Visibility data has been hooked up for Jak 2 and it seems to work quite well. 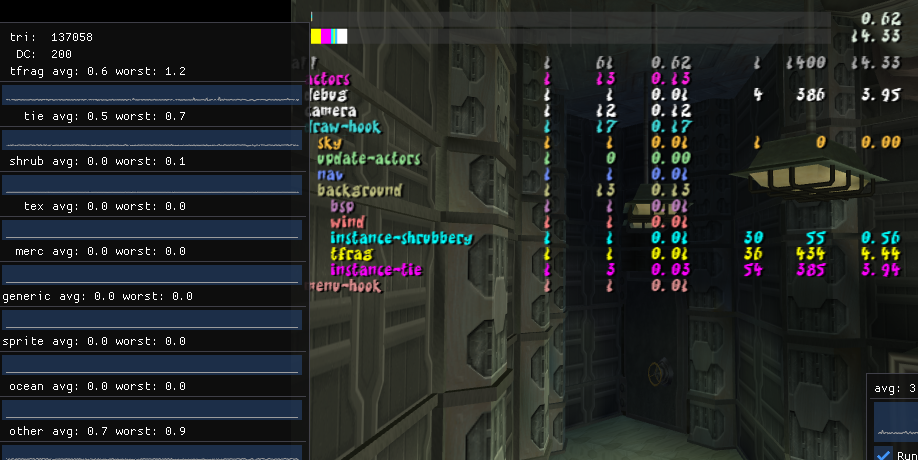 Partial time of day support has been implemented for Jak 2: 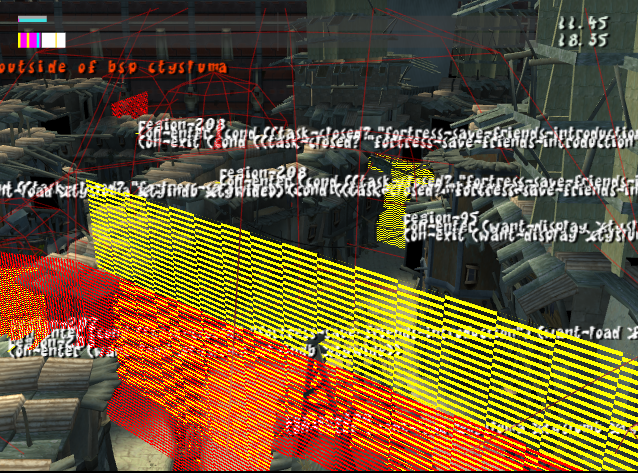 The camera code is now functional:

The stars are no longer particles like they were in Jak 1!

Work has begun on the collision code ​

One of the more painful and historically problematic areas has been the collision code. Additionally, in Jak 2 there are entirely new systems we will have to contend with, collide-hash was one of these and isn't well tested yet.

Here's some debugging visualizations from the collision code that has been done so far. 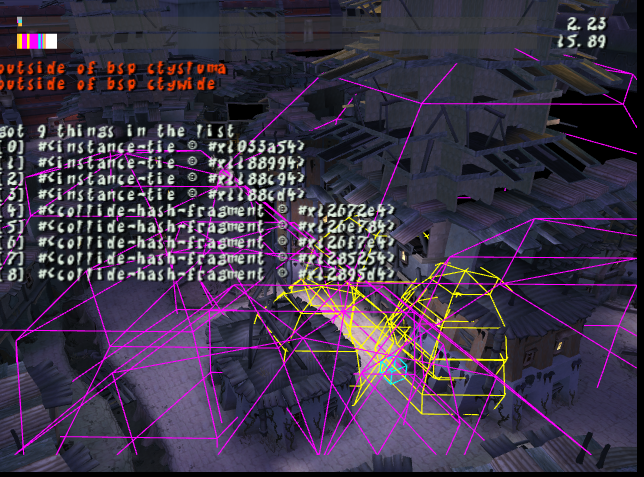 Bulk of the Ocean Renderer ​

The Ocean renderer was a painful one in Jak 1, and it has changed a bit in Jak 2 but is thankfully largely the same.

One cool thing about Jak 2 is that the ocean is different depending on the level, where as Jak 1's was always the same style and color.

Offline test work can now be divided amongst individual threads.

This is work done in-advance of a problem -- Jak 2 has alot of files. Currently a single file can take about 120ms on average (100ms for decompilation, 20ms for compilation). This means that Jak 2's 800-900 files would take atleast 1.5 minutes for a full test, which is too slow for fast iteration.

Was removed a while back but has been re-added.